Apply for this position Back to job

About the job Software Engineer, Testing

Interested in building a new generation of GNSS satellites at the speed of new space?

GNSS (GPS) creates upwards of $500B in economic value in the US every year, supporting everything from consumer applications, to transportation systems, to time sync for critical infrastructure. As these industries progress towards autonomy the performance and security demands of their navigation systems are increasing beyond what GNSS can support, leaving a need for a cost-effective global solution.

Using lessons we've learned at places like SpaceX and Blue Origin, Xona is constructing a modern satellite network at the rapid pace of the new space industry leveraging the recent wave of technology and regulatory advancements. Building on our patent pending small satellite architecture, we are developing a robust and accurate service that is an independent alternative to GNSS rather than a correction, solving the longstanding challenge of obtaining a reliable high accuracy solution from the very fragile GNSS signals. Our satellite system will provide the first ever high-accuracy global navigation and timing services with the security and resilience modern applications need to operate safely at scale.

﻿At Xona you will develop state-of-the-art hardware and software solutions to solve real problems that can have a massive world impact. Xona is driven by the mission to enable modern devices to operate safely in any environment, anywhere on Earth, and unlock the true potential of the age of autonomy.

Xona is looking for a Software Engineer specializing in testing to join our flight software team. As part of our flight software team, you’ll interface with cross functional teams to contribute towards ensuring our payloads and software systems are fully tested and ready for deployment in space! This role provides an opportunity to interface with hardware, software, and systems engineering teams to identify system interactions as you design, develop and implement automated tests and Linux based test infrastructure at both the sub-system and system level. You’ll also work closely with development teams to support system development, integration, debugging and hardware in the loop testing of flight software to fully simulate on-orbit operations, validate system stability and feature completion, and identify and describe any bugs along the way.

Desired Qualifications (not all are expected):

Apply for this position Back to job

Your application has been successfully submitted. 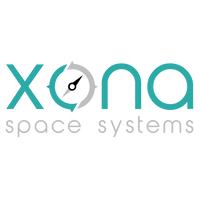 UNLEASH THE AGE OF AUTONOMY